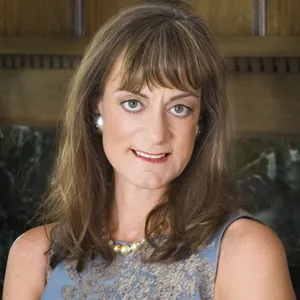 Today, the African tech scene is on a tear. 22 percent of Africa’s working-age population is starting businesses—the highest rate of entrepreneurship in the world. Africa’s female entrepreneurship rate is also the highest: 27 percent of Africa’s female adult population is engaged in early-stage entrepreneurship. Africa’s middle class has tripled over 30 years and Africa’s tech talent is at its peak and growing, with 700,000 developers. Investors are meeting this influx of innovation. Investments in African startups grew from $400M in 2015 to $2B in 2019 and are expected to grow to $2.25B - $2.8B this year.

It was not always this way. When DBL Partners invested in Andela in 2017, we raised a few eyebrows. Andela was founded in 2014, seeking to address the conundrum that intelligence is evenly distributed but opportunity is not. At the time, the demand for software-engineering talent was going unmet with 1M unfilled positions projected by 2020, a $100B+ market opportunity, and Africa was not on the global tech-talent map. To address this challenge, Andela built a talent network that identified high-potential developers in Africa and matched them with global technology companies as long-term distributed team members.

Even though DBL Partners is widely known as a pioneer and leader in impact investing, backing Africa’s tech community did not make sense to many people. DBL invests in companies that deliver top-tier financial returns and meaningful social, environmental, and economic impact. We strongly believe these two drivers – a healthy financial performance and positive social change – are inherently connected. And we were all too familiar with skepticism. We had heard this skepticism when we invested in Tesla – that a new automobile OEM had not succeeded in 100 years – and solar companies like Solar City, PowerLight (acq. by SunPower), and NEXTracker – that the sector was too immature and the market, too small. So, we didn’t let a little skepticism phase us. We knew that just as we were able to support the creation of electric vehicles and advance the clean-energy industry, we could invest in game-changing innovation in Africa.

We also felt it was important to extend clean energy benefits to Africa. In 2015, DBL invested in ZOLA Electric, an off-grid solar company. Today, ZOLA is democratizing energy access in Africa with solar and smart-storage power solutions that deliver reliable 24/7 power on and off the grid, to rural and urban areas alike, and without the need for problematic diesel generators. 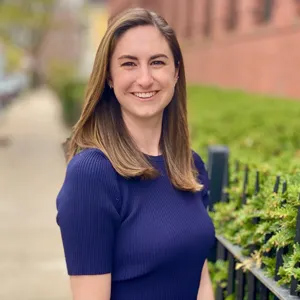 Devon Sanford, Summer Associate, DBL PartnersLooking back, we never could have predicted the consequential, sometimes challenging path that Andela has taken to success, especially during a global pandemic. First, the consequential part. After a few years, Andela recognized that its initial business model, which focused on training and staffing engineers at its hubs in Nigeria, Kenya, Rwanda, and Uganda, was no longer the most effectivestrategy to address the global talent shortage. The market was experiencing a saturation of entry-level talent from U.S. coding academies, and Andelasaw the increased need for experienced technologists. So, in September 2019, Andela restructured its business model to offer customers senior-level engineering talent and, after seeing significant growth in its regions without campus hubs, scaled its remote operations across Africa.

Now for the challenges, the interlude brought on by COVID-19. Like everyone else in the future-of-work space, there was a lull in new business at Andela. Companies were not hiring engineers, corporations were laying off workers, the job market was frozen. Andela was planning to go fully remote in the coming years, after piloting remote regions in Ghana and Egypt with great success. After all, Andela engineers were already experts in remote work, having collaborated with their U.S.-based client teams for years. So, at the peak of the pandemic, Andela accelerated its plans: the company shut down its physical hubs and moved online. As a remote company, Andela reached more engineers across the continent, increasing its qualified African engineering applicants by 500 percent. Andela could also reach engineers in other developing markets, including Brazil, Egypt, and Argentina. The company is now supporting engineers on 5 continents and in 80 countries with applications from 155 countries, enabling Andela to build a truly global community grounded in its African roots.

As the world grapples with the consequences of the pandemic, we are seeing a new culture of work: one that is remote and welcomes decentralized employees. Andela provides a vital link to global talent, particularly in Africa and other struggling emerging markets, where there is an increasing pool of young, unemployed talent, and where many high-potential individuals have limited access to technology education and careers. Andela’s model provides the connective tissue: identifying and nurturing the talent-side and offering a talent management solution on the client-side. Since its founding, Andela has placed thousands of engineers and supported nearly 100,000 engineers through the Andela Learning Community, which offers technology courses for software engineers. While opportunity is not yet evenly distributed, Andela’s remote-first model is helping to actualize global, equal-opportunity employment and ensure that the tech market and Western corporations diversify their teams.

African entrepreneurship is on the move and is just getting started. The continent has become a well-known leader in the global future-of-work movement and is advancing a more equitable, distributed international talent pool. While DBL may have raised a few eyebrows in 2017, we are proud to have invested in Andela and witness the company’s growth – 2020 was a record-setting year for the company and Andela is on track to double its revenue in 2021, making it the fastest growing vertical talent marketplace this year and the one to watch. Now, we can envision a day when there will be no more tech haves- and have-nots based on where you live. As Andela would tell talented people from Nigeria to the Nile, from Kenya to continents all over the globe: have and have at it!

Unlocking the Value of Connected Cars

Comprehensible Distribution of Training and Information...

The Current Focus is On Comprehensive Solutions

Big Data Analytics and Its Impact on the Supply Chain

Carmax, the Automobile Business with IT at the Core

The CIO's role in rethinking the scope of EPM for...

Transformative Impact On The IT Landscape

Get Ready for an IT Renaissance: Brought to You by Big...

Technology to Leverage and Enable

Speed is the Name of the Game

The Journey to Swift Digital Transformation

Virtual Immersive Learning: The Next Frontier in Higher Education

Making the Case For Moving from Health IT to Health Analytics

Data as a Business

Ricardo Leite Raposo, Director of Data & Analytics at B3

However, if you would like to share the information in this article, you may use the link below: